Skip to main content
How are communities supporting each other on a day-to-day basis in this time of adversity?
Anacostia Community Museum 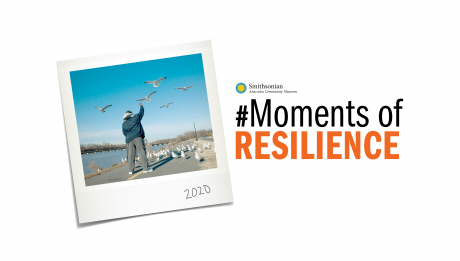 How My Grampa Has Shown Resilience

Have you ever had a broken arm Or a surgery? Well, my grandpas had nine (or more) surgeries and all of the metal he had to get put in him. So I decided to do my research on him. my grandpa is resilient because he has had nine surgeries. that put metal in his body and he never complains.in cold weather, the sugreys with metal can hurt three times worse. while I was researching an article from direct orthopedic care I found out that it does hurt more in cold weather. That it hurts because water is hard to heat. making people with more than one surgery hurt more than normal. So to confirm this I asked my grandpa to support this article. He states ¨yes in the winter it hurts three times more than it usually does. so I usually sleep in more.¨ which had supported my research making the articles' purposes true. surgeries can cost about 4,400 dollars yearly but with my grampa condition, it would be 22,000 dollars. when I saw the article Hip replacement surgery costs yearly I was greatly intrigued. So when I read at Lending point´s article it said that it takes 4,400 dollars yearly. I did the math and with my grandpa's problem, it takes him about 22,000 dollars yearly. What I did to prove this article right is I asked my grandpa himself he said yes it does take a lot of money but for me, it takes more than that even, But I got a lot of money when I retired.¨ With that in mind, it means my research was correct. effects of hip replacements can be good to subdue the pain. So after I was done with the last one I thought what are the effects of hip replacement? I was surprised at how many articles I saw so I clicked on H.S.S´s article. It turns out that your hips sockets that hold up your legs and in those sockets their cartilage, if you tear that you hurt the cartilage they replace that with metal. Yes, it hurts but not as much as it would if you did nothing. My grandpa told me that his hip cartilage was completely gone. That it was taking another protective layer that helps you. In conclusion, I have learned a lot from this research and would like to do it again. If I ever get to do this again I would try something new. Maybe I could sing a song for it. So this concludes my essay.